Versant Capital Management, Inc. was founded with a clear objective: to provide wealth management and investment solutions to people through an understanding of their own unique situations.

The alignment of interests between our firm and our clients is a belief at Versant. We carry out decisions free from product bias. As an independent firm, we do not sell or promote any investment products. But being independent doesn’t mean “alone.” We invest with institutional investment managers such as Charles Schwab, Vanguard, Dimensional Fund Advisors, and Stone Ridge.

The firm is employee-owned. Thomas Connelly, CFA, CFP launched Versant in 2004. Early in his career, he was an exploration geologist. He left science in 1986 and became interested in focusing on investments without conflicts of interest. He founded Versant as an independent firm with a core group of clients (most of whom are still with Versant). Today, Tom formulates Versant’s investment policy and supervises portfolio management, helping our clients interpret and understand the firm’s investment philosophy.

Liz Shabaker, CFP, CDC, joined the firm in 2010 after mutual clients brought Tom and her together. Under Liz’s supervision, Versant transitioned to include wealth management to address other facets of people’s financial needs. Her financial advisory expertise has been key to Versant’s client service evolution. She is now a shareholder and the firm’s CEO, managing the strategic direction, delivering our mission of helping individuals and families reach their financial goals, and cultivating and building Versant’s talent for continued growth.

At the center of our approach is Versant’s staff comprised of credentialed professionals that deliver financial guidance and strategies based on a client’s needs, circumstances, preferences, and goals. We help people use wealth to empower a life well-lived.

We believe in the power of positive action. Check us out.

Our most important wealth management practices include:

Committing to activities that are results-oriented and create value. We use knowledge, rather than merely possess it. Our team works together to bring results for our clients.

We believe that attracting diverse employees is a key to success. We strive to create an environment that offers professional and intellectual challenges, stimulates innovation and creativity, and rewards success and teamwork.

We think, act, and communicate from the inside out.

These five core values serve our employees, our clients, and our community, adhere to industry best practices, and fulfill our fiduciary responsibility.

Remaining ethically steadfast is the cornerstone of our firm.

We strive to help people to become financially successful, and create enduring family legacies by being responsive, relevant, and delivering financial management services and solutions. The firm engages with clients and family members to help them achieve their goals.

Measuring the success of our innovations by our client’s success. Renewing our strategies to provide answers to our client’s challenges helps us to create value. Using our financial planning experience and talent, industry partners, technology, and marketplace intelligence to help meet our client’s needs, both today and in the future.

Committing to activities that are results-oriented and create value. We use knowledge, rather than merely possess it. Our team works together to bring results for our clients.

We believe that attracting diverse employees is a key to success. We strive to create for our employees an environment that offers professional and intellectual challenges, that stimulates innovation and creativity and rewards success and teamwork. Character, competence, and commitment help shape our professional staff.

Whether investing time or money, our community commitment addresses women’s issues, children in need, arts and culture, and financial education. Versant’s commitment to philanthropy is an investment in our community and a desire to make a meaningful impact on people’s lives.

Our Matching Gifts and Dollars for Doers programs are designed as a way for Versant to become better corporate citizens, advance the firm’s mission, and engage and connect our full-time employees on that mission. These employee programs are appealing because they leverage the gifts of time and money to the organizations that the firm is passionate about and that employees choose. Versant doubles the impact of our employees’ charitable donations or volunteer time to eligible nonprofits with matching monetary gifts, per employee, per calendar year. 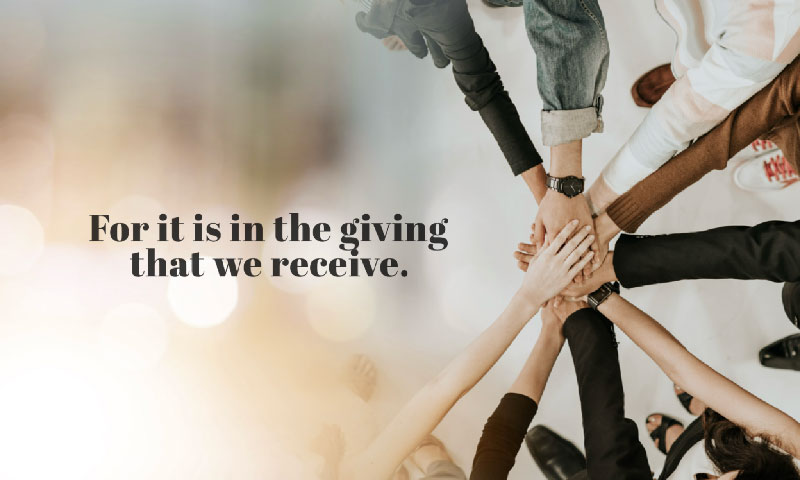 Versant and its employees contribute professionally and personally to many organizations through board leadership, in-kind services, volunteerism, and sponsorships. We are proud to help support:

Versant operates with an unblemished legal and regulatory history, and is wholly committed to the highest standards of integrity and ethical business practices. Please review the resources below to know your trust in us is well-placed.

Visit FINRA’s BrokerCheck or the SEC’s Investment Adviser Disclosure Portal to verify Versant’s registration and our advisors and to view the firm’s clean disciplinary record. You can view other firms here too.

Confirm Versant’s A+ business rating with the Better Business Bureau.

Verify Versant’s advisors have a clean disciplinary record and are properly registered with the Certified Financial Planner Board of Standards, Inc.

Ensure that Versant’s advisors who claim them accurately hold designations with the CFA Institute. 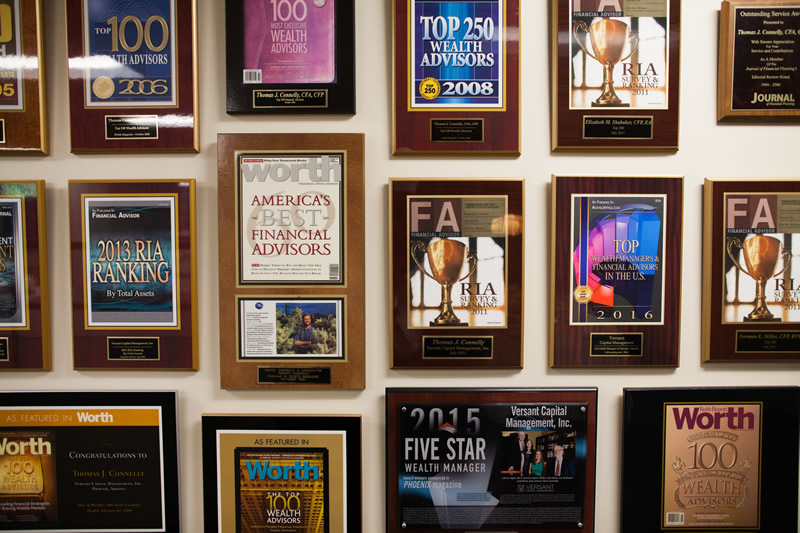 Join our team of passionate and caring financial professionals who oversee $850+ million in assets. We value teamwork, trust, and tolerance for diverging opinions. We encourage diverse, multi-disciplinary talents that allow us to deliver results for our clients.

If you are a driven professional with exceptional interpersonal skills and are passionate about helping people, then Versant is an environment that will allow you to learn and grow.

Versant Capital Management was founded with a clear objective: to provide rigorous, comprehensive financial advice and portfolio management to individuals, families, women experiencing a life transition such as divorce or the loss of a spouse, small business owners, and business executives.

A Phoenix-based, independent registered investment advisory (RIA) and wealth management firm, Versant helps individuals and families identify and reach their financial and life goals. Being independent means we do not sell or promote any investment product; we rely on skilled professionals to deliver research-driven strategies customized to meet each client’s unique goals. This mindset brings together the best of financial planning and the best of investment management.

We strive to achieve a healthy work/life balance at Versant Capital Management. We enjoy celebrating successes and having fun. We’re driven to continue building a workplace based on inclusive behaviors and equitable systems, where all employees can feel engaged and share their perspectives as valued members of our team.