It started with a piggy bank

Personal finance goes beyond an annual meeting with a wealth manager or contributing funds to a savings account. Oftentimes it is a culmination of lifelong experiences containing seemingly insurmountable pitfalls and heartening triumphs. Setting goals and striving to achieve them plays a pivotal role in shaping such experiences. Conversations about basic money skills between parents and their children may have a major influence on their future financial behavior. This three-part series takes a more personal look at events throughout different stages in life that may be used to reflect upon the importance of laying a solid foundation for financial success.

It started with a piggy bank 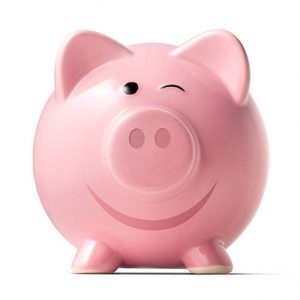 Penny was planning for her financial future before she learned to crawl or speak. A piggy bank with “Penny” inscribed across its belly sat on top of her pearl white dresser. Anytime her parents had loose change, they would walk into Penny’s room and drop the money into the narrow slot. Penny was amused by the sound the piggy bank made when coins clanked against the bottom.

Time could not go by any slower for Penny, as she wished to be big and grown up like her parents, while her parents were awestruck by time’s ability to seemingly move quicker by the day. Soon enough Penny was speaking in sentences, riding a bicycle, and swimming without floaties. Chores were introduced (in addition to responsibilities for being a member of the household, for which she wasn’t paid), and Penny eagerly accepted her parents’ challenge to earn more coins for her piggy bank.

Penny’s parents taught her the value of saving and financial responsibility at a young age by creating a budgeting system. First, a reasonable portion of the money she earned from chores would be set aside for charitable giving. Another portion would be saved in the piggy bank for long-term goals and savings. The remainder would be available for spending.

If Penny were to buy a new toy that she so desperately “needed,” she would first need to dump out her piggy bank and separate all of the coins required for the purchase. The sound of coins clanking together was a lot more fun when they were being contributed; withdrawn, not so much. The selection of toys no longer seemed endless when the piggy bank had less coins.

This led to Penny’s first crushing financial shortfall. When her friends began showing up at daycare with a must-have new toy, Penny pleaded with her parents to take her to the toy store to buy one. Her parents explained that she didn’t have enough money saved in her piggy bank to purchase it because she had recently bought a different toy with the spending money set aside. Penny countered with the most infuriated look her parents had ever seen. Upon calming down, she realized that another two weeks’ worth of chores would result in enough spending money to buy the toy. By the time she had enough money saved to purchase the toy, her friends had already stopped bringing theirs to school. This influenced Penny’s decision to continue to save her money instead of buying the toy.

When Penny was eight years old she began daydreaming about her future. A crayon drawing of her dream home and luxury convertible was pinned to her wall. Standing in front of the home were a mother, father, and their four children. She began to think … how will I make my dreams a reality? With a single brilliant idea, everything fell into place. A smile appeared on Penny’s face as she said aloud to herself, “A lemonade stand will do the trick!”

After a grueling Friday afternoon helping her father assemble a stand in the dead of summer (or morally supporting, depending on who is recounting the story), Penny was ready to set up shop on the corner of their neighborhood the following morning. Cars sped by, and Penny felt discouraged as nobody seemed to want any lemonade. She took a long look at her piggy bank that was sitting next to her on the lemonade stand and began contemplating more realistic ideas that would help her achieve her goals.

As Penny grew, there were always two special days each year in which she would give a presentation to her parents. The purpose of these presentations was to explain the rationale Penny used to determine which charities she wanted her saved up charitable giving funds to be donated to. The family volunteered their time on a regular basis, and the satisfaction that came from contributing money towards organizations brought the philanthropic experience to a whole new level for Penny.

On the day of her sweet sixteen, Penny was disappointed when she peeked out her window and did not see a brand-new car waiting to greet her. She sulkily walked downstairs and noticed the only item on the kitchen table was a piece of paper. Curious, she scanned through the document, which was an account statement. Sixteen years and seven months prior, Penny’s parents found out the exhilarating news that they would be welcoming a baby into the world. As the initial wave of excitement began to calm, they considered all of the financial implications associated with raising a child. After meeting with their wealth manager, they had determined that they would reduce some of their living expenses and begin funding a 529 college savings plan.

Penny’s eyes began to fill with tears as she realized what her parents had been doing to help secure her future since before she was born. With a 529 college savings plan, there was nothing standing in the way for Penny to realize her goals of becoming an engineer, saving for her dream home, and ultimately supporting a family of her own. And, the long-term goals money she had been saving in her piggy bank could stay put for now.

Penny had applied for ten different entry-level jobs after her 16th birthday before finally getting a call from a grocery store manager down the road. She put on her best outfit, printed out her current grades in lieu of a resume, and mentally prepared for the interview. After a nerve-wracking ten-minute interrogation, the manager shook Penny’s hand and let her know they were thrilled for her to begin work the following week.

Without a car, Penny needed to either bike to work or rely on her parents to drop her off and pick her up. Determined to accomplish a new goal, Penny opened a blank Excel spreadsheet and put together a budget that would allow her to purchase her own car. If she reduced the spending portion of her paycheck and increased what she contributed toward long-term goals, Penny would be able to purchase a safe, reliable car within twenty-two months. Her parents were proud of their daughter and offered to pay for her auto insurance when the time came. Twenty months went by and Penny had saved enough money to pay for a used car, ahead of schedule!

Soon enough, Penny’s closest family and friends were celebrating her graduation from high school. All the while, Penny’s parents prepared for the last summer they would spend together before she began a new journey off at college. Penny received a partial academic scholarship to attend an in-state university, and it was estimated that she would only need to use 75 percent of the 529 assets to pursue an engineering degree. The family’s wealth manager noted that any remaining funds in the 529 plan could continue to grow and be used towards the pursuit of a graduate degree, or be available for future generations to utilize.

Penny did not work while pursuing her education. Ramen, cereal, and energy drinks were cheap enough to afford without breaking the bank. Before long Penny was approached by a charismatic young man on campus offering her a credit card with a low interest rate. He informed her that building credit would be an important factor in securing a mortgage later in life, so she applied for the card and was approved up to two thousand dollars. The low minimum payment seemed like a fantastic way for Penny to splurge on nicer meals, clothes, and entertainment. The outstanding credit balance grew over the semester, and eventually Penny neared her limit. The “low” 12 percent interest rate did not seem so low anymore. After a phone call with the family’s wealth manager, Penny determined that it would be beneficial to invade her piggy bank to pay down the outstanding balance so the interest would cease to accrue. From that point on, she determined that her credit card would be used more like cash, and any outstanding balances would be paid off in full by the end of each payment period.

Penny excelled in school. During her junior year, she applied for a civil engineering internship and was delighted to have been hired by one of the most highly acclaimed firms in the nation. Upon graduation from college, she was offered a full-time position within the company. She gleefully accepted their offer. Penny’s piggy bank was planted on her filing cabinet to make her work space feel homey.

The company matched Penny’s 401(k) contributions up to 6 percent of her salary, so she made sure that at least 6 percent of her salary was being contributed to her account. She couldn’t stomach leaving money on the table. After evaluating her cash flow needs with the family’s wealth manager, Penny determined that she could reasonably max out her Roth IRA contribution and still afford a nice condo to rent with her best friend. The wealth manager also discussed which investments would best suit her goals and objectives. Her high ambitions and drive for success brought all of her dreams into reach.

As Penny was preparing to leave work one day, she was startled to hear the sound of coins rattling. She whipped around and noticed a handsome new associate dropping pennies into her piggy bank. Her breath was taken away, and she began to blush as he asked her out on a date. 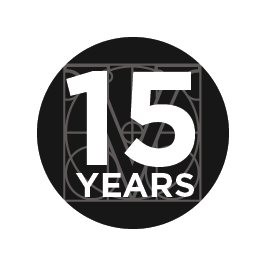 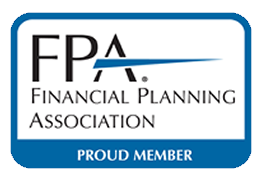 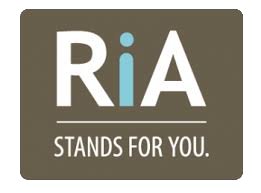 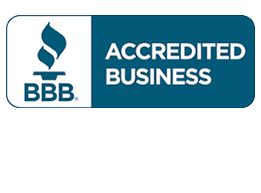